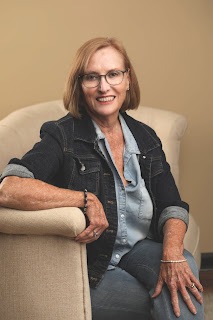 Judy Benowitz graduated with a MA in Professional Writing from Kennesaw State University in Georgia. She has a BA in Drama from the University of California, Irvine. Her many TV, Stage, and Screen Credits include: Archie’s Place, starring Carrol O’Connor at CBS Studios in Los Angeles, and The Gong Show, a Chuck Barris Production. Benowitz appeared in The University of Southern California Cinema’s Boy with Wings. She played Rosie Alvarez on stage at The Laguna Forum’s Bye Bye Birdie in Laguna Beach, California and has additional training in ballet, freestyle, and voice.

Benowitz always wanted to see the world and lived out of a suitcase for ten years as a flight attendant for United Airlines in Washington DC, Los Angeles, and Honolulu. She married Bob, a nice Jewish boy, and converted to Judaism. She retired from United and acting to rear their three children in the Jewish faith. The family lived in Newport Beach, California for twenty years before returning to Georgia. Today, Judy and Bob live in Cartersville, Georgia with their dog, Buck.

Benowitz became interested in writing her memoir, "Highway 11," after coming back to Georgia. Many of her short short stories originate there. She saw the adventure in her life, and how it made her who she is today. She looks for more adventure in her writing career.

This is an excerpt from my memoir, "Highway 11," that I am editing for publication. These pages  provide an overview for the book.             Highway 11 is a swath of road between Monroe and Winder, Georgia where I grew up. “Follow the beer cans to Winder,” Uncle Perry Hugh said because no liquor was sold in Monroe, but Winder had plenty of beer joints. He and my dad frequented the beer joints of Winder or bought moonshine from the local distillers.   My dad drove to a house deep in the woods for moonshine. Down a dirt road, the house sat in a clearing. It stood on rock pilings. Dogs lounged about in the dirt yard.             “Stay in the car.” Dad slammed the door.             We three kids, ages eight, six, and four, sat in the back seat of that 1939, Buick Roadmaster convertible with the rusted out floor board. We waited while our father walked up the broken wood steps to the porch with no furniture. He disappeared inside the darkness of the open door to make
Read more

Georgia Journeys  and   Beyond Rosie  exhibits. Judy Benowitz Interview - soar.kennesaw.edu Born in Monroe, Georgia, in 1949, Judy Coker Benowitz was raised by two World War II veterans. Her mother, Ivah Ree Harris Coker, was a WAVE who served in the U.S. Navy in Washington, D.C. Her father, Daniel Coker, served in the U.S. Army, primarily in North Africa. A memoirist and actor, Benowitz discusses the ways in which she has used personal testimony and primary documents to piece ...
Read more